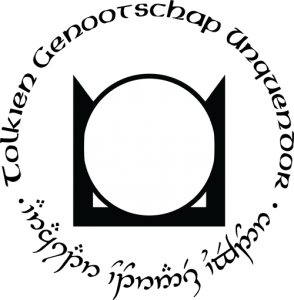 Middle-earth: the world of hobbits, elves, dwarves, wizards, dragons, trolls, goblins, orcs, men, ringwraiths and many, many more. The story of one man who invented a mythical world, so complete and with such an extensive history, mythology, biology, including inhabitants, multiple languages and countries, that many see in him the ground-founder of modern fantasy. The English professor J.R.R. Tolkien (1892-1973) created a unique literary legacy, and even today his books are read worldwide, studied and filmed. Do you share this passion with us?

Unquendor, the Dutch Tolkien Society, was founded in 1981 by four Tolkien fans who gathered in an Amsterdam café. From its early days onwards, it grew steadily, culminating in a membership of around 300 in the era of The Lord of the Rings films directed by Peter Jackson. At present, membership has been stable for years with around 225 members, both in The Netherlands and abroad. We organise events and provide information concerning the works of Tolkien and new book publications. Every gathering is also informal, enjoyable, and most important, open to anyone attracted to Tolkien’s works and world.

What do we do with the time that has been given us?

Unquendor provides space for people who experience Tolkien in their own way. Besides the books, Unquendor is also a place for movies, music, theatre, costumes, illustrations, (computer)games, and much more. For example, a few members have founded a re-enactment group, Ennorandirrim, with the aim to portray Middle-earth as authentically as possible with costumes, decors, music and of course food and drink.
In early summer we celebrate our annual feast called ‘Slotfeest’ (meaning both ‘ending party’ and ‘castle party’ – some of them have been held in old castles or manors). These are among the larger gatherings which will last an entire weekend. Another annual event is the Yule Feast, between Christmas and the end of the year, preceded by our Annual Meeting. Shortly afterwards, the anniversary of Tolkien’s birthday, 3 January, is celebrated with a supper taking place simultaneously at two locations, one of them a restaurant. A ‘Hobbit Day’ in September is currently being planned.

Four to five times a year Unquendor publishes the journal Lembas, our very own ‘glossy’. This contains articles, reports, photos, book reviews, news and other interesting items. Occasionally a larger volume with English language articles of an academically more demanding standard is published, Lembas Extra. Often this contains articles written by members of other Tolkien societies or guest writers. Furthermore, throughout the Netherlands, we have several gatherings at various locations; these are called ‘inns’ and are hosted by members of Unquendor. Everyone interested is welcome to visit them. Usually, they are announced at our Facebook page.

‘Pedo mellon a Minno’. These words are engraved on the magical West-gate of Moria. The famous words mean ‘speak, friend, and enter’. Following these words of welcome, may we invite you to join us on our journey through Middle-earth?